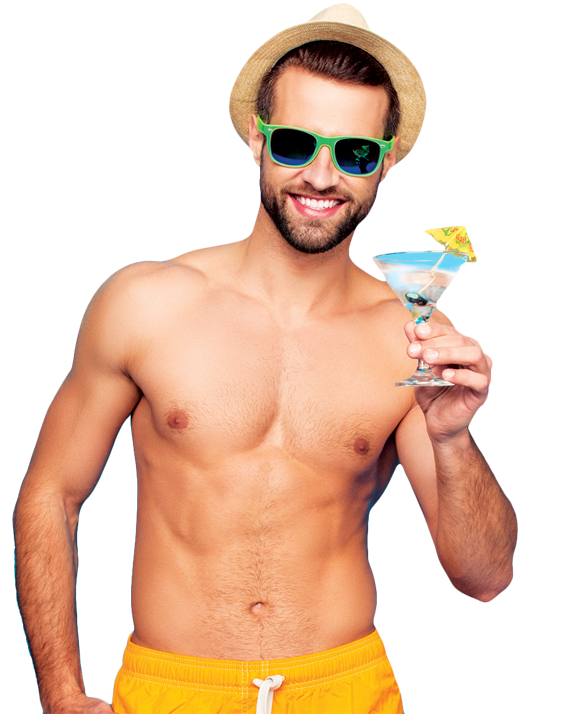 What does it all mean?  It’s science!!  HIV, left untreated, is still deadly, but when treated, people can live long and normal lives with HIV.  U=U has become a global movement about knowing your status and getting into treatment if you’re living with HIV.  It makes the virus “undetectable” so that you can live healthy, and your sexual partners can too!  When a person is undetectable, not only is the virus at-bay inside a person’s body, but there is zero risk of transmitting the virus to sexual partners.  But getting tested and into treatment is the only way.  Here’s how to do it. 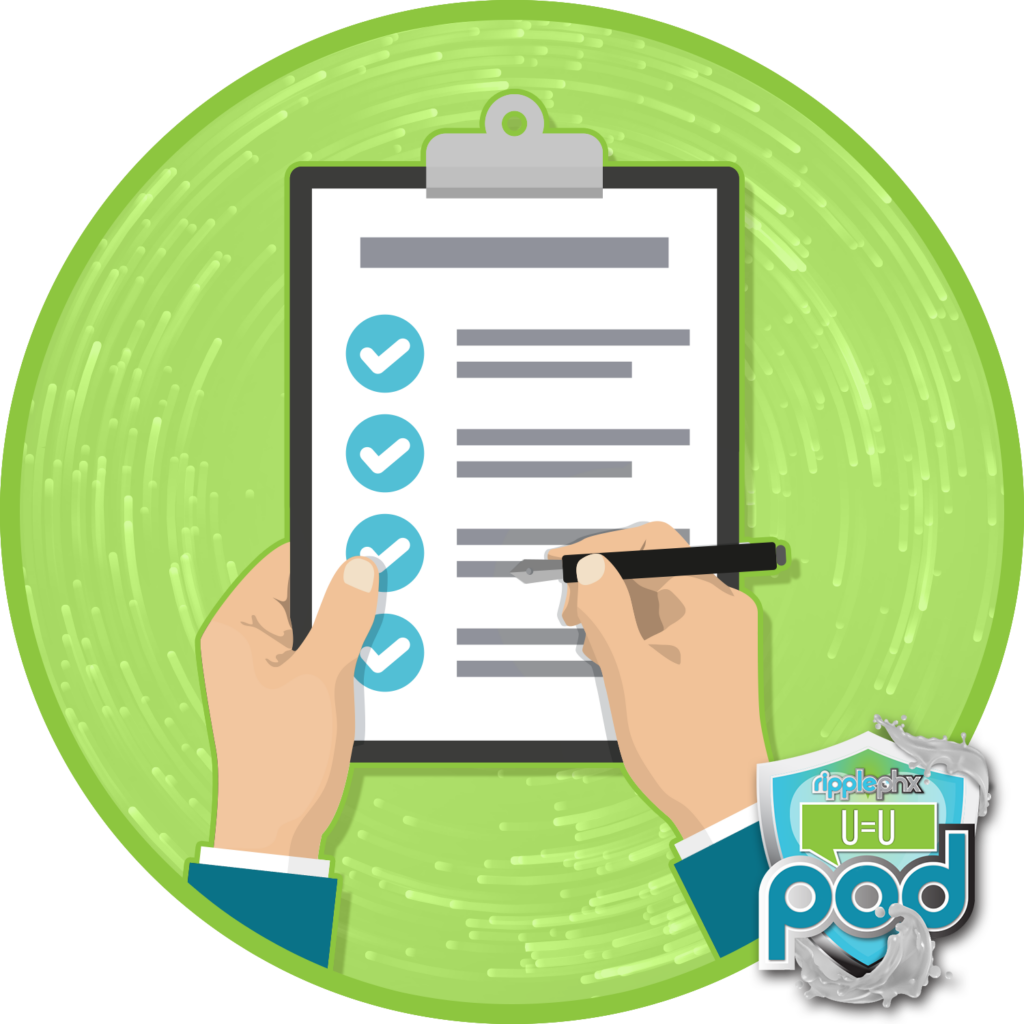 If you’re living with HIV, first you’ll need to figure out your best path to treatment.  If you don’t have insurance, don’t worry!  There are options for you!

If you have insurance and a primary care provider, make an appointment with your provider or find an HIV specialty provider here.  Let them know you’re looking to begin HIV Treatment.

If you don’t have insurance, or if your insurance doesn’t cover enough for you to pay for treatment, call Care Directions’ Central Eligibility Office at 602-212-3788 to set up an intake appointment to qualify for Ryan White Program Medical Services. 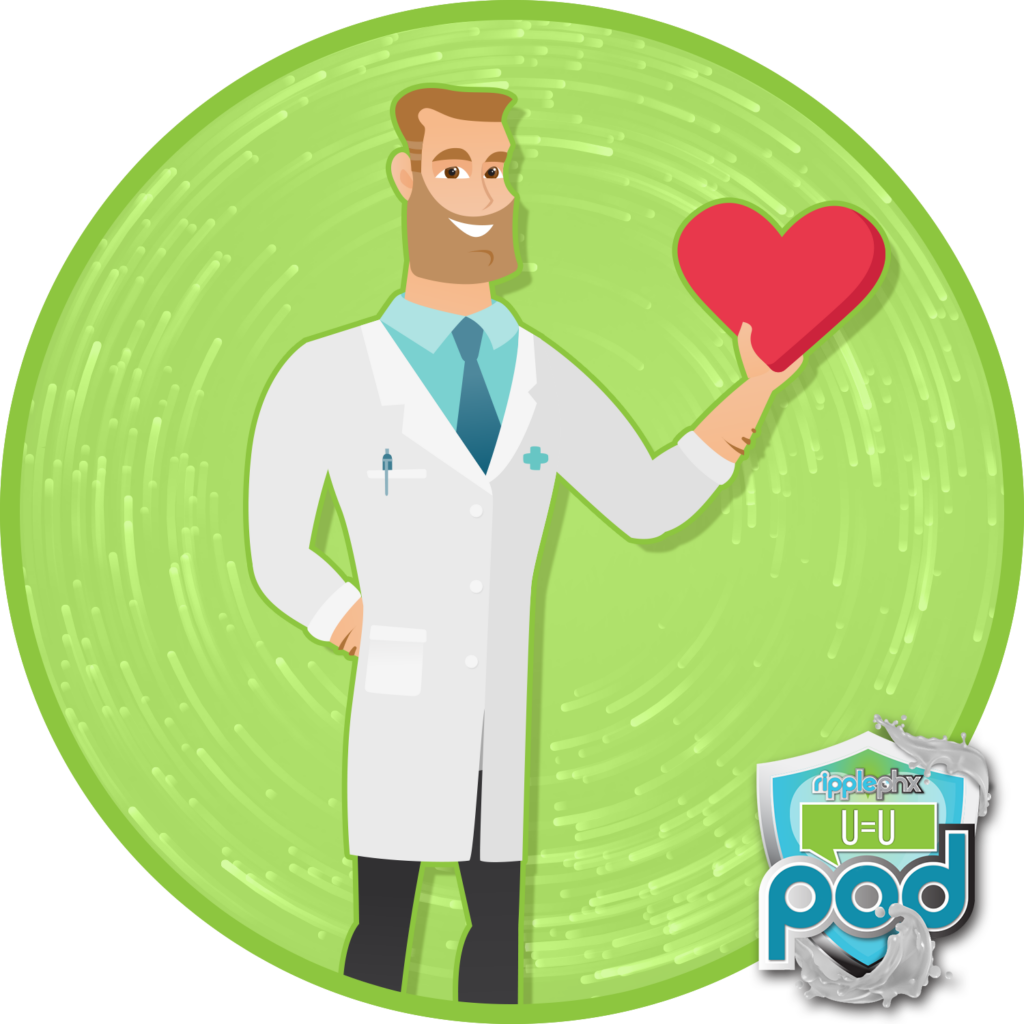 Before going to your first HIV Treatment appointment, make a list of questions you have about HIV or your treatment. Be honest with your provider and ask questions if you don’t understand something. Ask your provider the best way to contact them if you have questions you think of after your visit, too.

Your first appointment may be longer than a typical appointment. Follow-up appointments will be needed every 3-6 months.  They’ll be shorter, but will give you an opportunity to review your lab results with your provider to stay on-track with treatment. 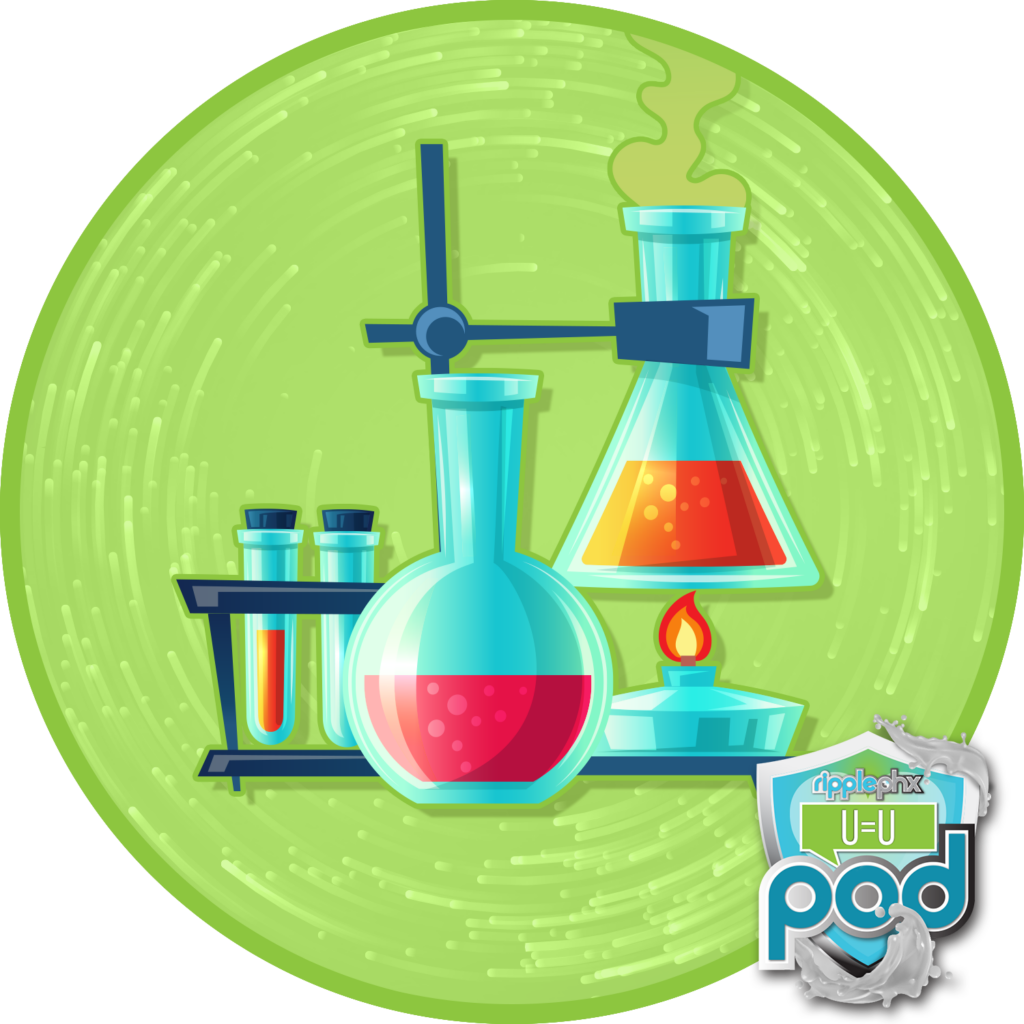 Each time you visit your provider, they’ll want to run labs to ensure your treatment plan is working. They’ll draw blood samples to check your immune system and viral load (the amount of HIV in your bloodstream) and will help you keep on top of your general health too!

If you receive Ryan White Program Services, be sure to keep your lab results handy – you’ll need them every 6 months for your renewals.

Be proud of your results! Undetectable not only means the virus is untransmittable to your partner(s), but it also means there is less HIV in your body. Less HIV means less damage to your immune system, allowing you to stay healthy! 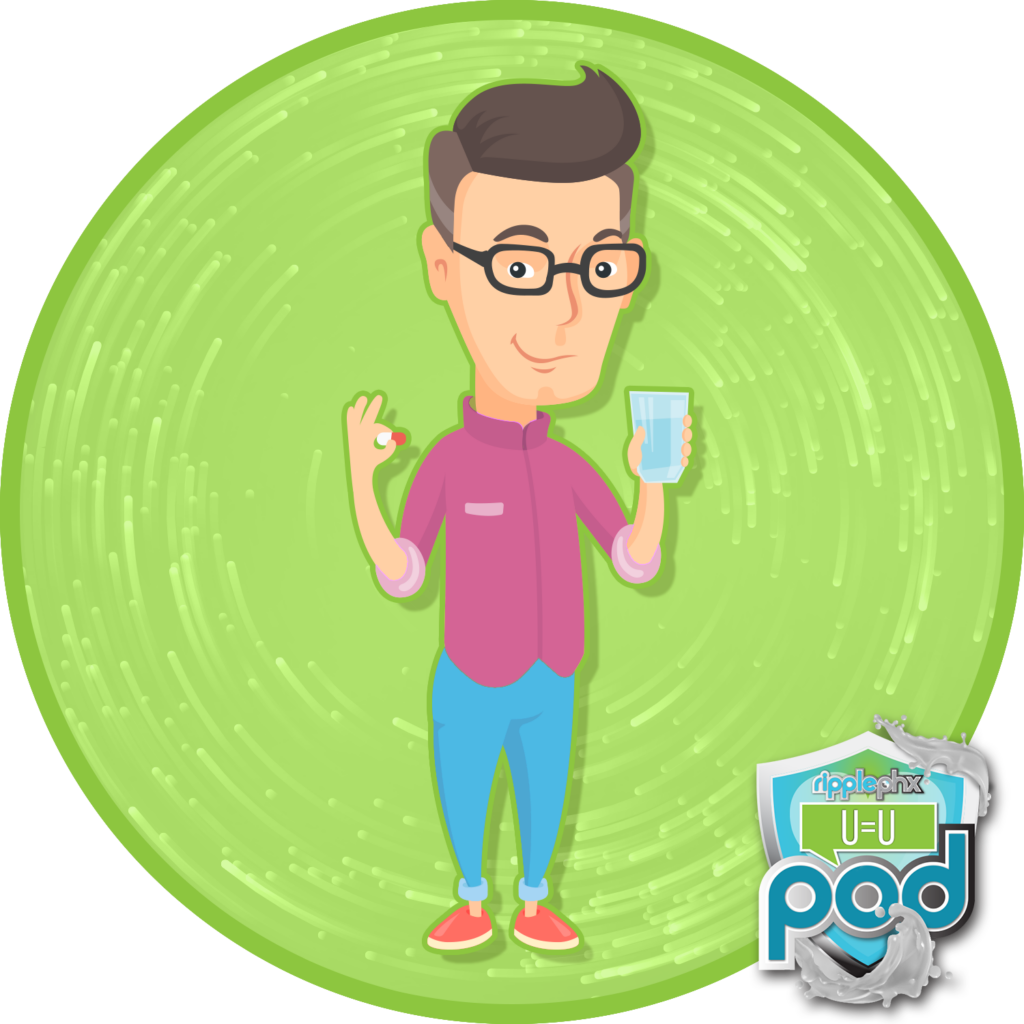 It probably goes without saying, but HIV treatment will only work if you take your medications every day!

Find a routine that works for you to take the medication around the same time each day. For instance, keep the bottle next to your toothbrush, coffee mug, or keys – something you go to each day. Use a medication reminder app on your phone, or pick-up a weekly pill box organizer! Whatever works for you, stick with it!

If you need help paying for your medications, contact the ADAP offices here, or by calling 602-364-3610. Or, find programs here to help you pay your copays and deductibles.

When you’re living with HIV and actively in treatment & taking medication daily, you can achieve undetectable viral levels.

Undetectable means the medication has suppressed the virus so much in the body that it’s no longer detectable by modern tests.  It also means the virus isn’t running wild in your body – allowing you to live a long, happy and healthy life!

But getting into treatment – and staying in treatment – is the only way to become undetectable.  Shuffle this puzzle around to see if you can get to ZERO!

Find a Phoenix-Area HIV Treatment Provider near you using the map below, or click the icon on the top left to see the full listing of Providers – including providers who speak Spanish, have Spanish translation services available, or have Trans-Friendly intake forms.

WHAT DOES UNDETECTABLE MEAN?

HOW LONG DOES IT TAKE SOMEONE TO BECOME UNDETECTABLE?

Each person who takes antiretroviral therapy (ART) is different, and the time it takes to become undetectable will vary from person to person. However, there is an almost immediate reduction in the viral load and infectiousness of someone as soon as they begin therapy.  With an effective treatment plan, maintaining an undetectable viral load for at least 6 months is important to ensure the virus isn’t transmitted to another person.

I MET A GUY WHO'S UNDETECTABLE - DO WE NEED TO USE CONDOMS?

If you just met a guy, it’s always important to consider using condoms, including casual sex partners and random hook ups. While a person’s viral load may be undetectable, there are other things you’ll want to think about – like STI’s or when his last viral load test was. If you get to a point where you’re only having sex with each other and want to take the condoms off, make sure he has at least a 6-month sustained viral load and/or consider taking PrEP! Talk about it ahead of time and understand the risks together so you can get on with having fun that you’re both comfortable with!

I MET A GUY WHO'S HIV-NEGATIVE - HOW DO I MAKE SURE I DON'T TRANSMIT THE VIRUS TO HIM?

You have options, my friend!  First, you take care of YOU! By getting into treatment and staying in treatment – you can sustain an undetectable viral load.  And the science is in that Undetectable = Untransmittable!  Get to undetectable, and you’ll be creating a healthier you, and making sure the virus isn’t transmitted.

If you meet Mr. Right, and you’re thinking about taking the condoms off – the science shows that PrEP is 99% effective when taken daily by the HIV-negative partner, and that a person living with HIV who has a sustained, undetectable viral load cannot transmit the virus to a partner.

So, research PrEP and U=U, talk with each other, check out your labs, and make a decision about condoms that you both feel comfortable with!  The science is there, but you both have to be there too!

WHEN I GET UNDETECTABLE, CAN I STOP TAKING MEDS?

Unfortunately, no.  Becoming undetectable means the treatment is working!  Remaining on and adhering to treatment is the key to staying undetectable and stopping the virus from replicating inside your body. If you stop taking your meds, HIV will pick right back up impacting your immune system, your health may deteriorate and your risk of transmitting HIV dramatically increases. Additionally, if you don’t adhere to the treatment plan as prescribed by your doctor, the HIV in your body could become drug-resistant.

CAN I BECOME UNDETECTABLE WITHOUT TAKING MEDS?

It’s reported that only about 1 in 300 people living with HIV are able to keep their viral load suppressed without taking medications. Most people have to take HIV meds to control the virus and become undetectable.

HOW OFTEN SHOULD I GET MY VIRAL LOAD CHECKED?

It really depends on you doctor’s treatment plan, but generally you’ll have your viral load checked at least every three to six months. Talk with your doctor to determine what’s best for you!

GET YOUR GROOVE!  SHOP FREE TOOLS NOW TO HELP WITH HIV TREATMENT! 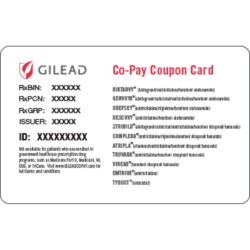 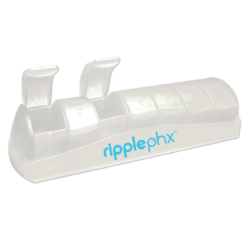 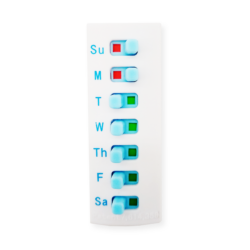 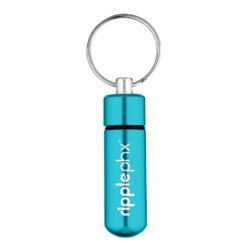